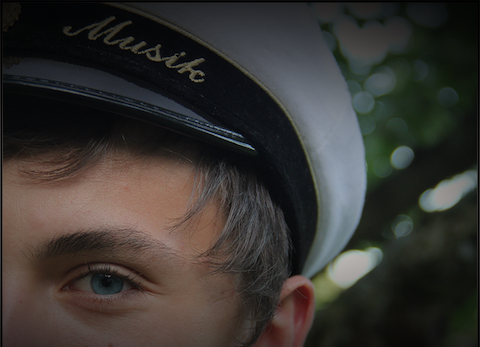 My first week in japan has passed, and I could never have imagined that all the things that happened during this time would be possible. Everything from playing board games to a trip to mount Fuji. The warm welcome I was given from the people who lives here was so far more than I expected. Arigatou Gozaimashita.

If you have read my previous posts on this blog, you might have gotten the idea that I was kinda nervous about…. well, kinda everything. But the thing that I was most afraid of, was the feeling of being alone. And I’m so happy to say that I haven’t been feeling alone a single time since the time I got here. Yokatta!

Already from day one I felt like I was a part of a great community with friends who are all kind and caring. Every night we are hanging out together, talking, playing both video games and board games, eating weird Japanese snacks and just having a great time.

During this first week, kind of a lot of things have happened, I mean, when I’m bored my place to be would be in front of my computer, but basically I haven’t even had the time of doing that because I’ve been too busy.

But I finally had the time to sit down and write this post about what has happened to me the latest time, so sit back, grab a cup of coffee and enjoy!

On my second day in Japan there was no time to spare. Even though I still was kinda jet lagged, everybody decided to go to Akihabara, which is a really good district in Tokyo for shopping.Â  And even if I were tired, I really didn’t want to miss it! So I took my money, and went down to follow everybody. After changing trains 2 times, and a travel time of 30 minutes we arrived.

Akihabara is a really cool place, with lots of skyscrapers, huge signs and lot’s of neon….. and of course tons of people. We walked around for a couple of hours in the stores and searched for funny stuff. Maybe one of my favorite store was one of them, called ”Yodobashi”. Yodobashi call themselves ”total multimedia store”, and I think that explains it very accurately. 5 stories with so much space it would basically take you over a day to search through their entire collection. Everything from stoves to pianos could be found in this store. Luckily for me, I knew what I wanted to buy, a SLR camera. So the fellowship went to the 3rd floor to search for camera. I found the one I had been searching for online, and after taking some pictures with it inside the store, I decided to get it. (I bought i 2 days later).

To end that trip, we actually went to McDonald’s…. *lol*

Tuesday was spent kinda the same. We went discovering in Tokyo. Shinjuku and Shibuya was the districts we visited this time. Disposable underwear for example….
We went to the more random places this time though, visited some typical Japanese stores that had stuff that I never could imagine would be invented.

Â
Time for School,
On Wednesday I had my first time in school. And it was really scary to be honest. Everything stared of kind of that I would imagine. We had some information, and the teachers presented themselves. Nothing to fancy. But there was also a placement test where we had an interview in Japanese. I kinda imagine that there would be something like that, but the interview I was suspecting wasn’t anything like this one. I thought that they might would ask ”Who are you”. But the questioning wasn’t anything like that. While I was sitting on a table in the front of the classroom, the rest of the people was sitting behind me (listening to every word I said), the teacher asked questions like ”Why do
you want to study Japanese” ”For how long have you studied Japanese” and ”What type of book did you use when studying Japanese”. I was so confused and even though I had to answer in Japanese, I kinda answered in English.

After the interview was finished there was also a writing test. Pfft, impossible grammar and verbs. No, that test didn’t go well at all. But I suppose it was a great experience.

The time passed by and Friday came. My first real day in school. It was kinda just as I expected it to be. I knew before that the teaching would be only in Japanese, but to my surprise I kinda understood everything. The only difficult part was to speak, when you were told to speak. Well, no, the most difficult part was to remember the classmates names.

A short little introduction to Japanese is that, the Japanese language have like 6~ ways to say the word ”you” in. (ex; Anata, Anta, Kimi, Omae, Temae, Kisame) But even though these words exist, you are NOT allowed to say ”you” to anybody, because it’s rude. If you would like to say ”Do you like sushi?” to someone in Japanese, you wouldn’t use ”You”, instead you would say their name. For example if you are speaking with mr Takashi you would say : ”Takashi-san ha sushi o suki desuka?”. This is very difficult, because usually when I’m meeting someone for the first time and exchanging names, i kind of forgetting their name in one second. I think its time to change my personality….

The reason why I had so much problem with remembering my classmates names was because 70% of my class names were Chinese and Korean. Their name isn’t like plain ”Ben” or ”Eric” or ”Josh” or whatever, they tend to get quite long. We did a presentation of the person who sat closest to one another, my neighbor was a Chinese guy namedÂ  ”Ryou Shin Sen”. So the actual Japanese was really no problem I suppose, but pronouncing the Chinese names was a bit of a pain in the ass. Or as you would say in Japanese… ”Mendokusai”
Adventure,
The following weekend was awesome though. Me and Toyoko, a friend from the guesthouse went on an adventure to a place called ”Hakone” to watch mt. Fuji.

We jumped on a train that we rode for 2 hours to get to a town called ”Odawara”. There we took a bus that took about 1 hour more and then we finally arrived at the mountain were they had build a gondola that could take us to a top of a mountain so we could watch and see mt. Fuji. I have some pictures from that in a slideshow that you can find here.

We had a really nice day and took tons of photos. (This was a great opportunity for me to learn my new camera).

Since Monday was a day off for everybody, (Health and Sports Day, ä½“è‚²ã®æ—¥ Taiiku no Hi) we took our time to try out the Japanese drinking tradition, and we had tons of fun. On Sunday we went to a place they called ”Yellow Sign” (which actually wasn’t the real name, they changed it because the foreigners had problem pronouncing the real name, so because that they had a yellow sign, the people in the guest house chose ”Yellow Sign” as the name for the pub) This place was a really a new experience for me. We ordered a lot of food, or more like ”snack food” and ate and drank beer and other Japanese drinks. We had a really good time!

I have a slight feeling that this post is way to long, so I’m going to end it here. But these are like the biggest things that have happened so far. In later posts I will go more deeply into all the weird stuff that I’ve encountered, so hold on for that!

Until next time!
Matane,
Vi hörs, 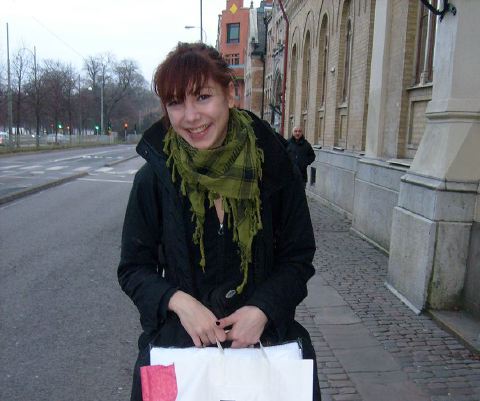 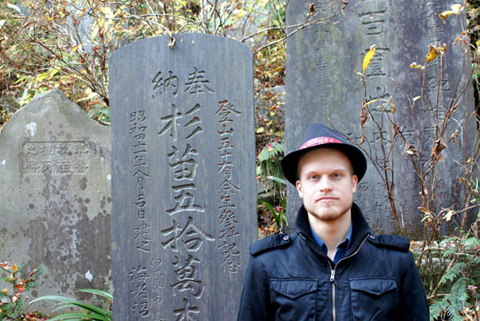